I ended this month with a visit from my (internationally-known geochemist) brother, Steve Shirey, and his son Clayton. It was great to have a chance to see him before he heads off to Australia to look at some of the oldest rocks on earth.

At the same time my brother was on the island, all three of our cousins were staying in the family house. I think the last time we were all on Islesford together was when we were kids. 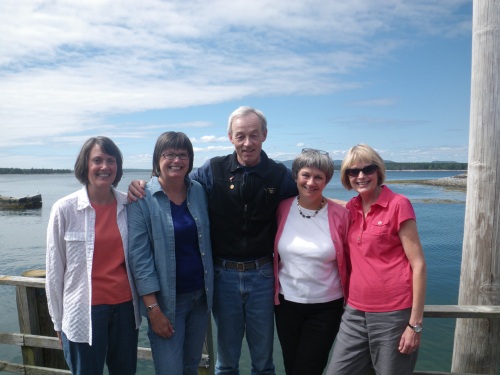 L to R: Gail Collier, Lisa Luke, Steve Shirey, me, Jonatha Paetzhold. (Yeah, Steve looks like a dork in this photo, but at least there is a better one of him above it.  And if you happen to check his Web site, he has an excellent picture there, along with the most extensive CV I’ve ever seen.)

Our family dinner was preceded by this sunset from the front porch: 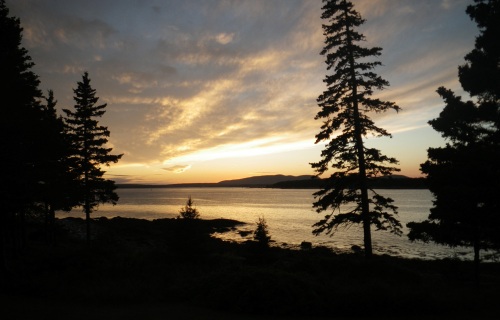 The Islesford Dock Restaurant closed for the summer after dinner on Sunday, August 29. The next day, 40 people including staff, friends and family headed to nearby Baker Island for a picnic to eat up some of the restaurant left overs. (Clams, crabs,  lobsters, ribs, sausage. It was kind of a hardship, but we were willing to help out.) 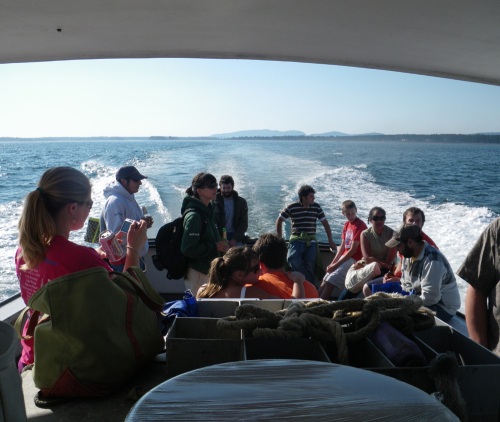 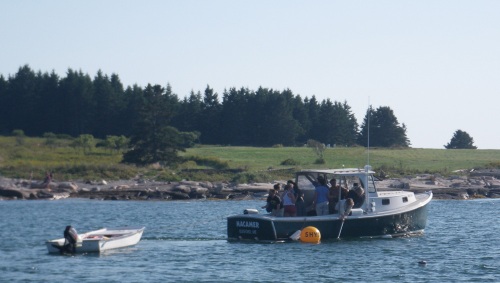 The name of Dan and Cynthia’s boat is one of my favorites; the Macamer. It looks so French and yet it is just a shortened version of “Ma! Com’ere!” 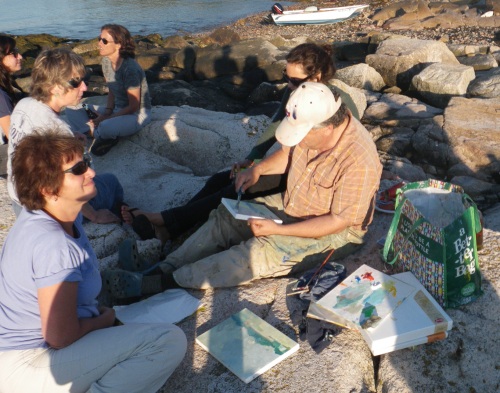 Henry Isaacs and his lovely wife, Donna. (Does this guy ever take a break from painting?)

The picnic ended with yet another gorgeous sunset. 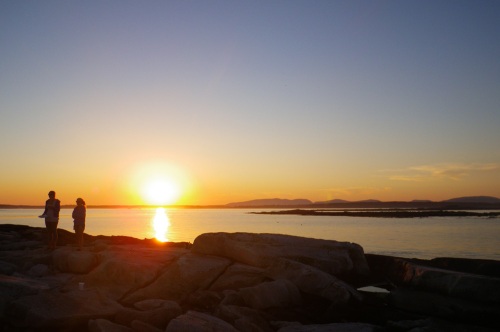 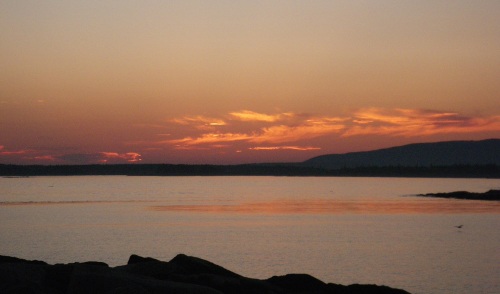 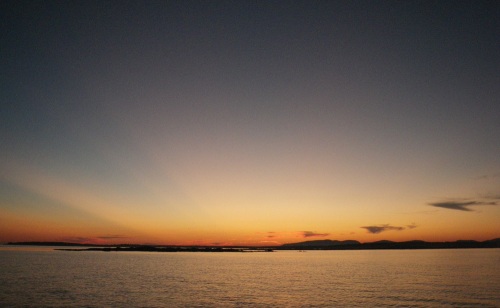