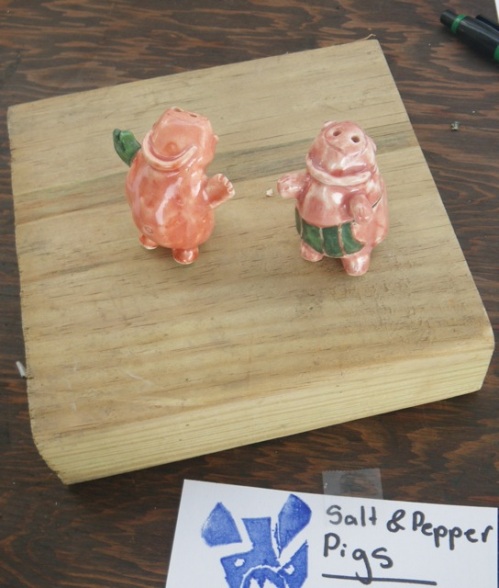 Sonja Moser’s salt and pepper pigs and a beautiful plate by Joan Lord.

Wiggly pig made by  Abram Borgman. (I had the high bid on this one. Woo hoo!) 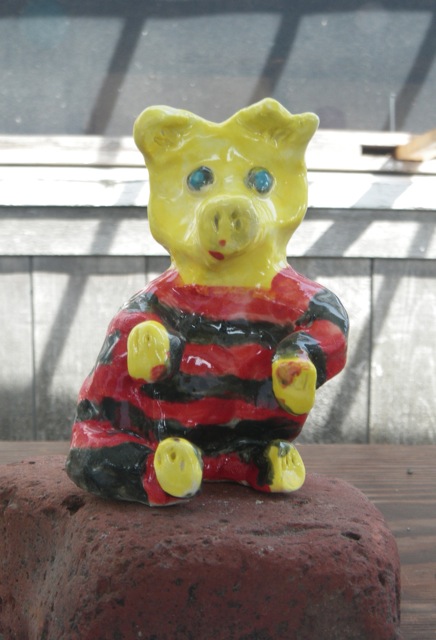 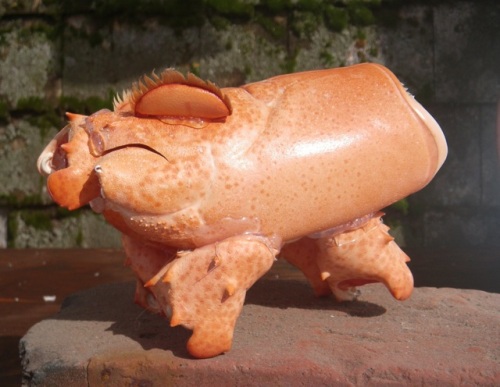 The clever “porktato” pig, though I forget who made it. (Marah? Kirby?) 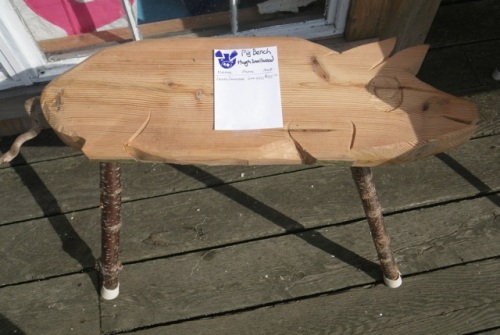 “Pig of the Night” by Bruce Fernald. (He went whole hog on this one!) 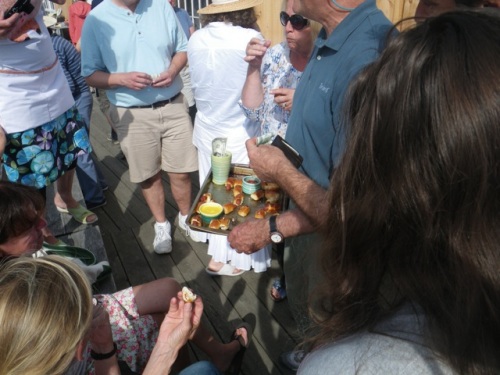 Our postmaster Joy Sprague made some sweet knitted pigs:

Marian Baker not only organized the show, but also made this handsome vase/utensil holder.

The one I didn’t let get away. Brendan Ravenhill‘s salt shaker pig. (Several bids between my first and my last!) 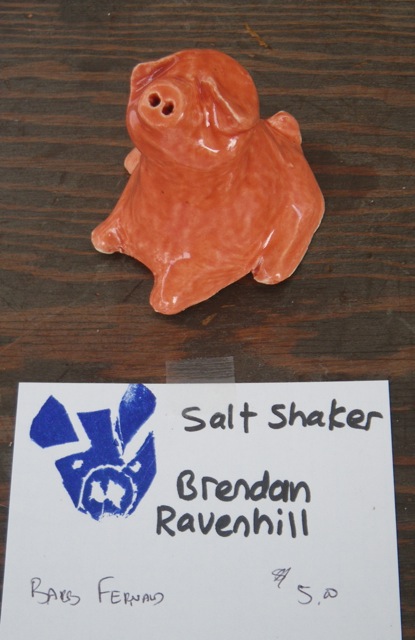 There were so many wonderful pigs at the show; many more than I’ve posted here.  I wish I could report the total of $$ raised for the Islesford Neighborhood House, but it was not yet available. Raffle tickets were sold for Ashley Bryan‘s pig plate. I LOVE his message on the plate. Potter Chris Breedlove won the raffle. It was a fitting bit of luck as she had been so generous in helping Marian with the show and in sewing up a large batch of piggy potholders for sale.