Sunday was a day to remember and to say good bye to someone who had been a wife, mother, sister, aunt, grandmother, great grandmother, great great grandmother, and everyone’s friend on Islesford; Lillian Alley. In a moving memorial, after the church service,  a flotilla (single line)  of boats traveled to the cove at Baker Island, where Lil’s ashes were scattered. Many of the 2 dozen boats were the working lobster boats from our harbor. The fog was so thick that the only way to see the flotilla beyond the two boats in front of us, was to look at the impressive line of dots on the radar screen. 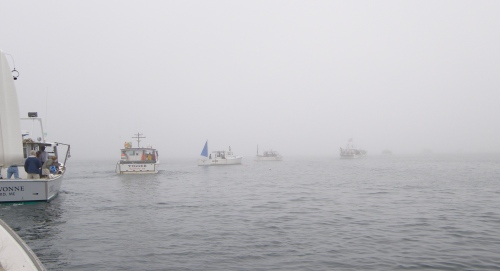 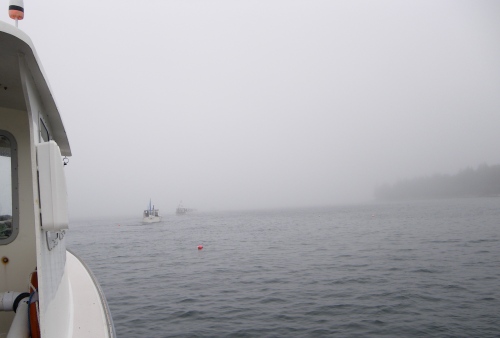 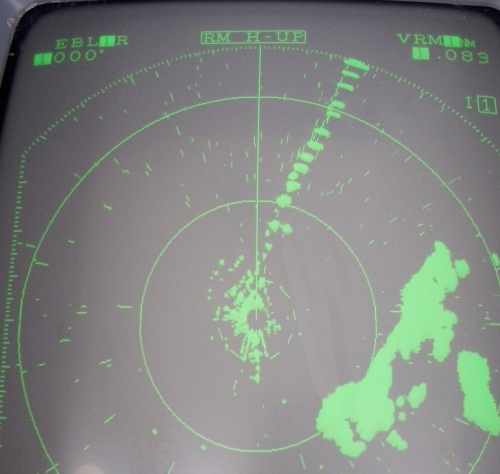 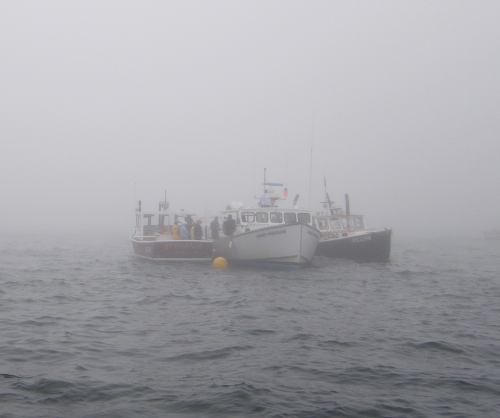 The loss of Lil hit especially hard, as less than two weeks earlier we said good bye to another great lady from Islesford, Betty Lou Sprague. Islanders have had more than enough fog, rain, and tears this summer. Its time for things to dry up a little bit. We need the sun.