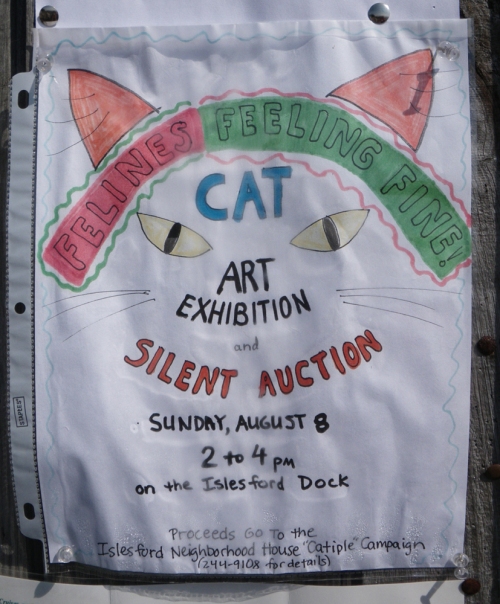 Hosted by Marian Baker and Kaitlyn Duggan at the Islesford Pottery, this year’s theme was cats. For some reason August has been busier than ever before, so not all of the entries were made out of clay.  Check out some of the interpretations that helped to raise $2,500 for the Islesford Neighborhood House Capital Campaign:

Martha Miller had a generous display of painted rocks.

There were many mugs on which to bid.

My husband, Bruce, made this one. There were several collectors of “lobsterman art” at the show, so bidding was fierce on this piece. (winning bid – $120!) 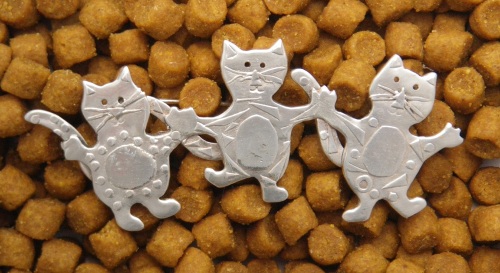 Disgustingly realistic and deliciously clever, my  nephew raised $35 with this chocolate cake!

Who knows what the theme will be in 2012. Got any suggestions?