Now where did I put that…

…springy looking thing-a-ma-jig that is supposed to be a tool for bending tubes? 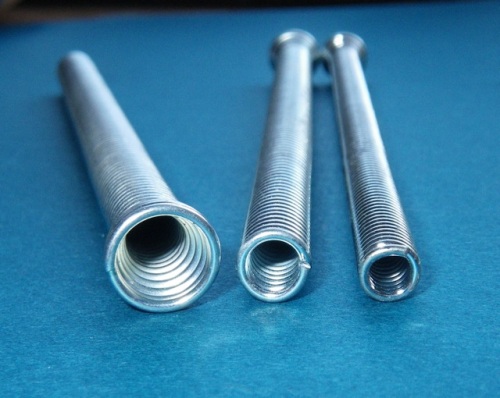 Did you ever buy a tool that you thought you might use because it seemed like a good idea, but then you put it away for years because you really didn’t have a specific plan for it? And then when you do have an idea, and you need that tool, you can find exactly were you put it even in a somewhat messy studio? And though you’ve never used it before, or seen it used, you are able to be successful the first time you use it because it is a simple intuitive tool? Hey, me too! Just today!

When I tested out the bracelet design I had in mind, using these sterling silver tubes from Fusion Beads, they did not sit well on my wrist. I needed more of a curve in the tubing. 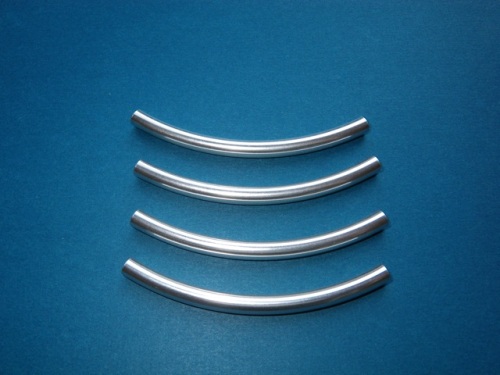 It was time to find the tube bending coils and try them out. 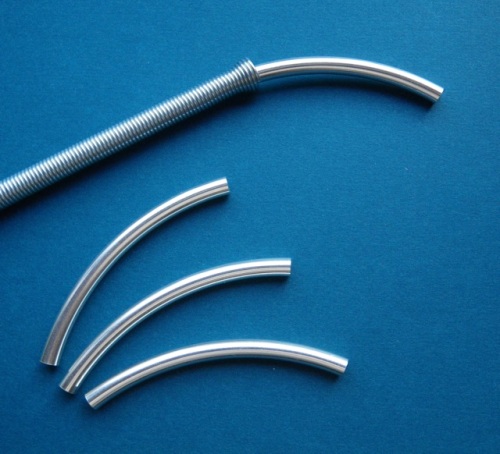 I slipped a tube inside the coil and then used a rawhide hammer to bend the coil/tube around a bracelet mandrel, to increase the curve.

There are slight lines along the tube, left by the coil, that I could easily buff out. It was so satisfying to be able to bend the tubing without it collapsing! 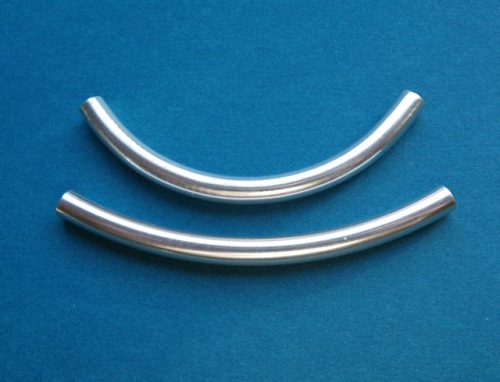 After adding to the curve, the sterling silver tube worked exactly as I hoped it would in this bracelet prototype.

I plan to wear this for a few weeks, pulling on it, stretching it, showering in it, and whatever else I can think of to exaggerate the wear and tear it might get. I used 5mm sterling silver beads at either end of the tube so it would be comfortable on the wrist, 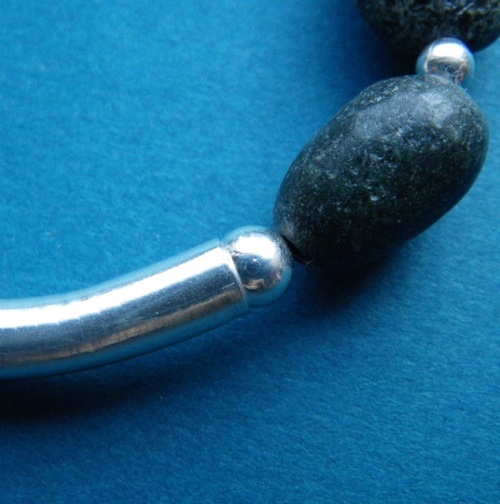 but as soon as the bracelet is stretched to put it on and take it off, the elastic is exposed to the edge of the tubing and I worry about the elastic getting worn through by the metal. 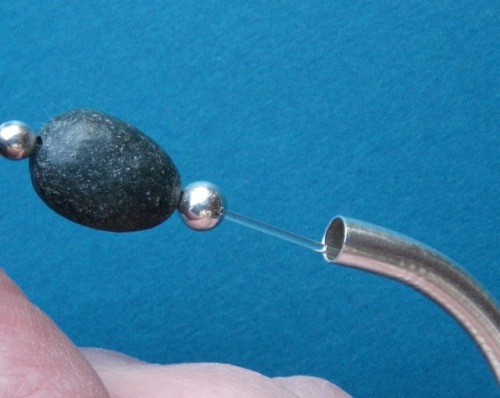 One solution would be to solder the 5mm balls in place at either end of the tube. Or I may be able to flare the ends slightly, so the elastic is rubbing against a more rounded edge. I won’t do anything but wear it for a while to test it out.

Meanwhile, I’m getting some ideas for some of the smaller pieces of copper and brass tubing I have kicking around the studio…

9 responses to “Now where did I put that…”