Spring and the super moon

Saturday was a beautiful day and a bunch of us geared up to watch the rise of the “super moon” around 7 p.m. The sun was just setting as we walked to a beach facing southeast. At one point we wondered if we might be in the wrong spot to watch the moon come up out of the water, afraid that the moon would rise too far to the east from where we were standing. Moments later a bright orange line appeared on the horizon. We were in a perfect spot.  It just stuns me, in the best way, to imagine so many people doing the same thing at the same time, yet not in the same place.

The moon was actually much more orange, as represented by the photo below, taken by Henry Isaacs. His camera obviously has a better zoom than my point and shoot. I love my camera for close up work, but there are no super super moon shots with a super macro lens. 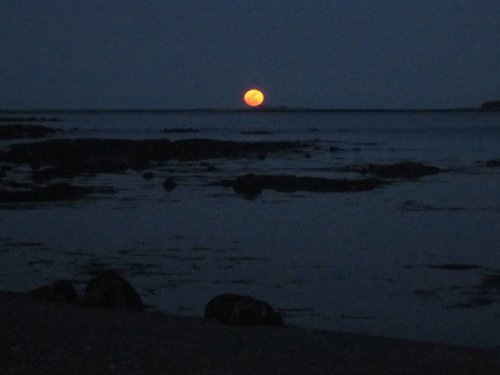 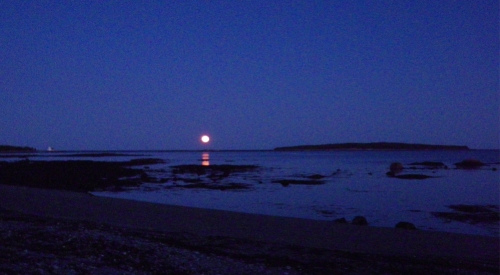 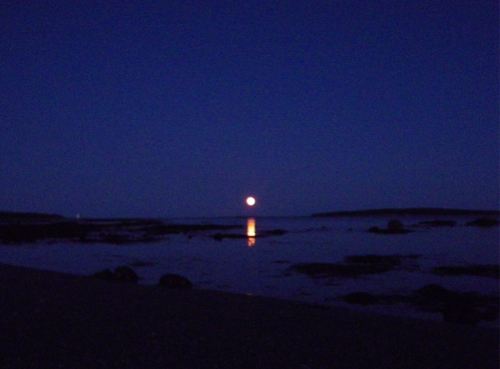 There have been signs of spring all around this weekend. We heard the first woodcock as we walked back from the beach last night. There were fox sparrows all over the ground by my feeder this afternoon and robins are everywhere. Bruce and several other island lobstermen have their boats back in the water and freshly baited traps are being set.

All day I have been thinking about our country, now involved in 3 (three!) wars, and about small amounts of radiation showing up in some of Japan’s food supply.  I have been thinking about last night, and how almost everyone I knew, and even more that I didn’t know, took a break from whatever they were doing to watch the moon rise. And how, in the midst of death, devastation, and disappointment all over the world,  it was a moment of grace.

6 responses to “Spring and the super moon”