How is it that I have a box and a bag full of books to go to Goodwill, a silver chest to take to my son (I hope), and a reduced and organized box of birthday cards and notecards, and it still looks like I have the same amount of stuff to put back in the bookshelf? Even my husband said, this afternoon, “This doesn’t look any different…really.”

Well, now I’m just about finished with the job, and Bruce and I are going to watch a movie. So, in the interest of blog a day or post a day not being BLAH a day, here’s one of my first digital photos and still one of my favorites. 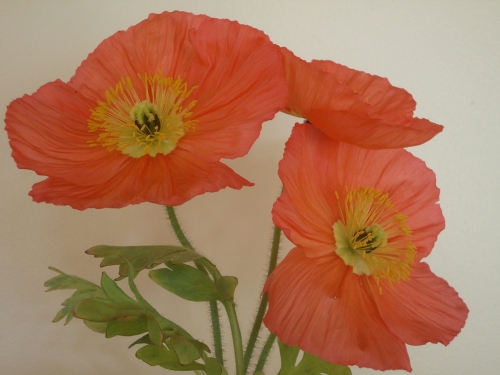 I thought I was headed to the studio this afternoon…

…but I needed to straighten up a few things first.  I wanted to create space in a cupboard to store my little photo props, papers, milk jugs, tripod, etc. all in one place. I knew it was not going to be a quick sorting solution and I felt like I was inside one of these: 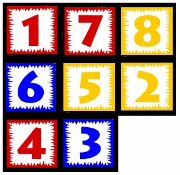 You know those sliding puzzles where you move one piece at a time to make room for another, sometimes backtracking, before you eventually get everything lined up and in order?

The cupboard was already full of assorted paper and paper work. So I thought, maybe I’d clear off some space on a nearby bookshelf to organize and store the things that were in the cupboard. To make room on the book shelf, I thought I would take everything out to make a stack of books to give away. I started to move some 30 year old photo albums and the photos started falling out.  I took them all out to place in a new album..someday. (Meanwhile I need to find a box to store them, where?) Next thing I knew there was stuff everywhere. 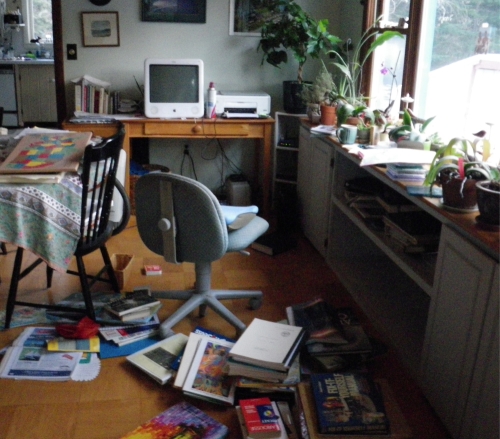 Could I get any deeper into this mess before putting it away? I could make more room by moving the wooden chest with the silver plated flatware we received when we were married 31 years ago. Our son and his fiancee in Baltimore are pretty well established in their house, and they just may want to register for their own silver pattern since they don’t need any blenders, etc. Maybe our son and his girlfriend in Portland would like it? (I’ve inherited some family silver since then and we never use this set.) Hello oxidation. Why would it make sense for a mother, who works mainly with silver, to pass on this kind of tarnish to anyone?

So, I took a break from the “organizing” to polish a dozen 6-piece place settings and their serving pieces before placing them back in their little chest and moving them out of the dining room for good. 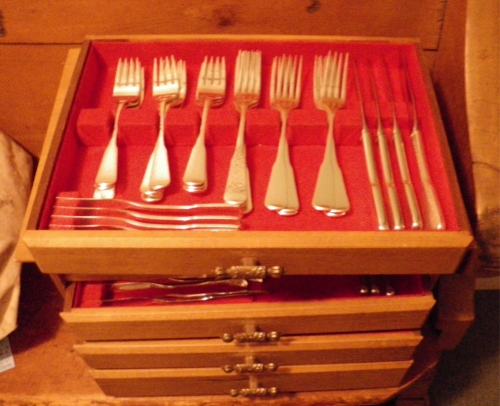 A few weeks ago, I made lunch for a group of island students who are working long hours on the weekend to take an EMT course. Many of us, who are not taking the course, are taking turns with lunches and dinners so the students won’t have to stop and cook. It is really nice community support, organized by a really nice person in our community. We all want to show our appreciation for the people who are working so hard to be prepared if there is ever an island emergency. It is a huge responsibility. I finished preparing the meal just at the time I had to deliver it, so I left my husband a note letting him know I wouldn’t be leaving a giant mess in the kitchen. We kept that sticky note on the cupboard in case either of us had an occasion to reuse it.

Today was the occasion. By the time I finished polishing the silver, it was time to make dinner, and I knew my organizing binge was over for the night. 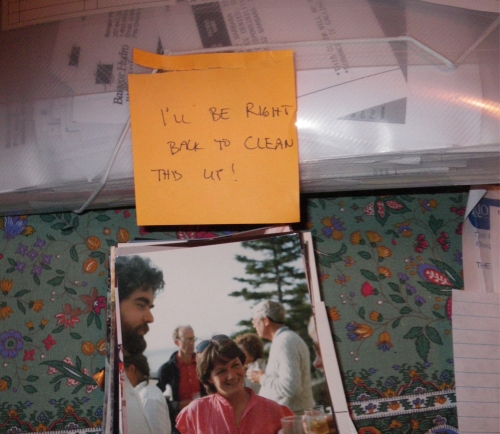 (That pile of photos happened to be just below the note. They were the group that had fallen out of the album. In the top one, I am the same age my sons are now. You know, I also had to spend a little time reminiscing and looking at photos while I was trying to clean. I seem to have such ADD at times, its a wonder I get anything finished!)

Tomorrow I’ll be back to finding a place for everything and putting it there. I really hope I don’t spend all day on it because  I would like to find time to get into the studio and have a place to rest my eyes when I come back out.